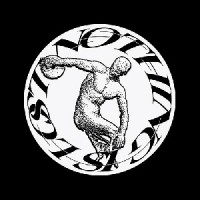 Record Label
Nothing Is Lost

Kicking off a brand-new Wolf offshoot label, celebrating the soulful sound of house music from the late 90’s & early 00’s, two DJ Romain classics get the remastered treatment straight from the DATs!

"It’s The Spirit" became an instant classic when released in 2004 - it’s eyes closed business with a weighty bassline, buzzed stabs, spiritual organs and Darryl D'Bonneau’s impassioned vocals. A track that still holds up today, regularly played by the likes of Floating Points, Ben UFO, Kerri Chandler and others in the know, fetching up to £40 on the cogs.

While digging through the racks in A1 Records in New York a few years ago, the Wolf duo came across "Piano Man" nestled on the B side of a Romain release from 1998. A peaktime burner, that never fails to ignite the dancefloor and one that always gets named checked whenever they let it loose.

After contacting DJ Romain, who to their surprise knew of Wolf and was keen to work together, they set about giving these jams a new lease of life, digging back in the archives to recover the DATs from the original projects.

This one’s not for the gurning fly catchers, it’s specifically for those that like to get down.