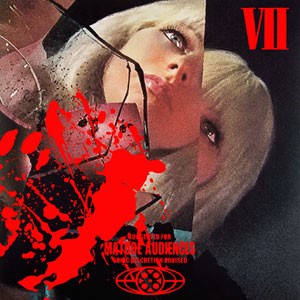 Portland's masters of cinematic synth, the inimitable Chromatics are back with their fifth studio LP, "Closer To Grey". The band's first album since 2012, "Closer To Grey" continues the outfit's exploration of neon lit diners, freezing city streets and 80s noir, kicking off with a stripped back and atmospheric interpretation of Simon & Garfunkel's "The Sound Of Silence". The tempo rises for "You're No Good", "Closer To Grey" and twist the knife, which alternate between vintage Italians Do It Better disco and propulsive new wave, before "Light As A Feather" pairs Chromatics' trademark sound with the fresh addition of a breakbeat. The first disc ends on a note of romance with the prom-friendly "Move A Mountain", a reminder that vocalist Ruth Radelet can kill with a whisper. As we head to the C-side "Touch Red" leads us through a little lounge-styled melancholy while "Whispers In The Hall" finds the middle ground between trap-bass tones and Carpenter's Halloween soundtrack. A synth and scuzz cover of Jesus And Mary Chain's "On The Wall" reminds us of the group's DIY origins, a wonderful contrast to the luxurious textures of "Love Theme..." and dreamy closer "Wishing Well".

And just like that, Chromatics pull off that most difficult of tasks, creating something which is the same, but different. All the emotion, feeling and mood remain, but bolstered with a few new musical flavours which compliment rather than detract.