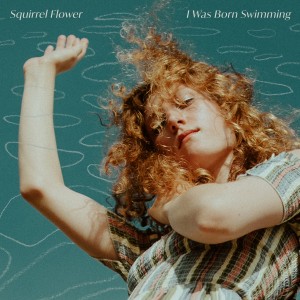 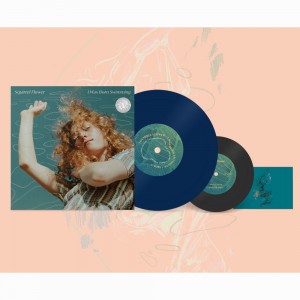 Squirrel Flower - the moniker of Ella O’Connor Williams - announces I Was Born Swimming, her debut album, out January 31st on Full Time Hobby. The album’s title was inspired by Williams’ birth on August 11th 1996 - the hottest day of the year - born still inside a translucent caul sac membrane, surrounded by amniotic fluid. Throughout the 12 songs, landscapes change and relationships shift. The album’s lyrics feel like effortless expressions of exactly the way it feels to change - abstract, determined and hopeful.

Squirrel Flower’s music is ethereal and warm, brimming over with emotional depth but with a steely eyed bite and confidence in it's destination. The band on I Was Born Swimming plays with delicate intention, keeping the arrangements natural and light while Williams' lead guitar is often fiercely untethered. The album was tracked live, with few overdubs, at The Rare Book Room Studio in New York City with producer Gabe Wax (Adrienne Lenker, Palehound, Cass McCombs). The musicians were selected by Wax and folded themselves into the songs effortlessly. At the heart of the album lives Williams’ haunting voice and melancholic, soulful guitar.

The sounds expand and contract over diverse moods, cutting loose on the heavier riffs of 'Red Shoulder'. "'Red Shoulder’ is a song about destabilisation and dissociation,” explains Williams. “Something soft and tender becomes warped and sinister, turning into sensory overload and confusion. How can something so lovely turn painful and claustrophobic? The song ends with a heavy and visceral guitar solo, attempting to reground what went awry."

Williams comes from a deep-rooted musical family tree. Her grandparents were classical musicians who lived in the Gate Hill Co-op, an artistic cooperative from upstate New York that grew out of Black Mountain College. Ella’s father, Jesse Williams, spent most of his life as a touring jazz and blues performer and educator, and lends his bass playing to the album. Growing up in a family of hard working musicians fostered a love of music and started Williams down her own musical path. As a child, Williams adopted the alter ego of Squirrel Flower. A couple years later, she began singing with the Boston Children’s Chorus while studying music theory and teaching herself to play the guitar. As a teen, she discovered the Boston DIY and folk music scenes and began writing, recording, and performing her own songs, now returning to Squirrel Flower as her stage name.

Sheer determination and belief quickly saw her make a name for herself in this newly discovered scene. Doing everything from making videos and artwork to the production of her music herself she recorded two EP's and began touring, appearing on bills with the likes of Moses Sumney, Lucy Dacus, Frankie Cosmos, Jay Som, Julien Baker, Soccer Mommy and Big Thief. During this time the signature artful songcraft heard on I Was Born Swimming was formed.

Barry says: At a superb midpoint between dreamy psychedelia, soaring Americana and more percussive, anthemic rock numbers, 'I Was Born Swimming' displays the wide breadth of influences that Williams has woven through her sound. The more meditative pieces are beautifully offset with driving, southern rock and screaming, guitar-heavy heft.