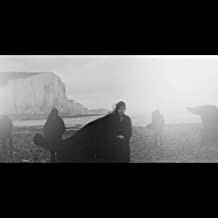 Bella Union introduce Dog In The Snow, the moniker of Brighton-based artist Helen Ganya Brown. Dog In The Snow’s Bella Union debut is ‘Vanishing Lands’; an imposing, haunting and luminous collection of songs in the darker spaces between dream-pop, art-rock and electronica, lifted by euphoric melodies, ravishing vocals and absorbing lyrics.

‘Vanishing Lands’ was initially created at Brown’s home in Brighton before co-producer Rob Flynn helped her add shifting, impressionistic swathes of colour, from the ominous chords that open ‘Light’ to the vocal eddies that close ‘Dark’.

Brown wrote 8 of the 10 songs in a 3-week spell after a period of “strange dreams.” She recalls: “Dreams in black and white. I found myself in a dreamland and discovered it was being destroyed. I chose ‘Vanishing Lands’ as an album title because it sounded suitably desolate, and lent the songs a feeling of cohesion.”