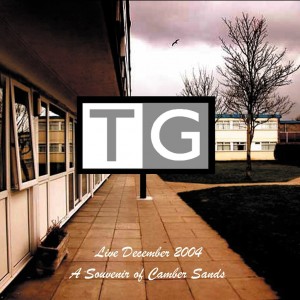 Throbbing Gristle announce the next phase of their reissues series with the release of ‘Part Two: The Endless Not’ / ‘TG Now’ and ‘A Souvenir Of Camber Sands’. In 2004 Chris Carter, Peter Christopherson, Genesis P- Orridge and Cosey Fanni Tutti reformed - 23 years after their mission was originally terminated - and between 2004 and 2007 the band released 14 new studio tracks and a live album of their appearance at ATP’s Nightmare Before Christmas in Camber Sands.

‘A Souvenir Of Camber Sands’ is a live document of Throbbing Gristle’s performance at Jake and Dinos Chapman’s All Tomorrow's Parties Nightmare Before Christmas at Camber Sands in December 2004. Throbbing Gristle are renowned for their documentation of live performances - ‘TG24’ (which was reissued in 2002) and ‘TG+’ (released in 2004) collated their live recordings up until the band disbanded. This release reactivated the band’s live performance documentations that include ‘Thirty Second Annual Report’ (from La Villette, Paris) and the ‘Desertshore Installation’ (from the ICA, London).