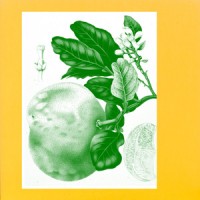 Murray Collier, recording as Grim Lusk (Domestic Exile), Dip Friso (Real Landscape) and one half of Pussy Mothers (Optimo) has been releasing into the troposphere for quite some time now. This is his first offering as Sunny Balm; grasping at the familiar of the exotica but, in turn, bringing a unique, rhythmic and psychedelic offering.

The majority of the recording took place in Glasgow, Scotland over two or three years. Recorded predominantly to reel-to-reel tape on a Tascam 388, while exploring new Instruments; balafon, agogo, hand drums, shakers, bansuri - as well as synthesisers, samplers, drum machines and field recordings, he also explored the possibilities of tape pitch-shifting, saturation, splicing, and the creation of rhythmic and melodic loops.

These recordings only came to life and after re-locating to Mandurah (Manjoogoordap), Western Australia where the new environment and proximity to the Indian Ocean led to a desire to create organic instrumental music, but with no access to instruments beyond a sampler and a microphone. This led to the foraging of these digitised tape archives, and the blending of these recordings into a new context reflecting on first impressions of the sun-drenched landscape in which he found himself.

A1. Eucalypt
A2. Septugenarian Dugong
A3. Bad Sleep Well
A4. Blasted Health
A5. A Mobile Nature
A6. Bardo
A7. Memorial Beam
B1. At The Water Margin
B2. What's Happening World?
B3. Din Of The Mill