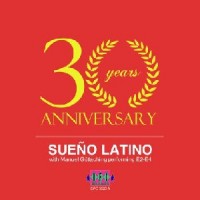 A beacon of house music history reprinted on its thirteenth year anniversary! All four breathtaking versions off that original release included here in their entirety.

For anyone needing a brief history lesson, Sueno Latino reinterpreted Manuel Goettsching's 1984 kraut-rock masterpiece with a more dancefloor centric arrangement, adding some evocative vocal parts and an expansive aesthetic that would make it one of the biggest tracks of the acid house era.

Revisited numerous times since its original release, there's still no stronger collection of versions than are featured here. One of those records that no home should be without, there's genuinely no finer instance of this absolute classic. Get those orders in if its absent in your collection!

Matt says: To me, there's a clutch of tracks that pretty much epitomize what it's like to be unified and elevated on a dancefloor. "E2E4" is one, incidentally, "Strings Of Life Is Another"; and both feature the cataclysmic, era-defining production of Derrick May. Go figure!