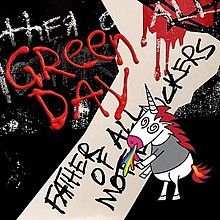 Formed in 1986 in Berkeley, California, Green Day are one of the world’s best-selling bands of all time, with more than 70 million records sold worldwide and 10 billion cumulative audio/visual streams. Their 1994 breakout album ‘Dookie’, which sold over 10 million copies globally and is triple-Platinum in the UK, is widely credited with popularising and reviving mainstream interest in punk rock, catapulting a career-long run of hit singles.

In 2004, Green Day released the rock opera ‘American Idiot’ which captured the world’s attention, selling more than 7 million copies in the U.S. alone and taking home the Grammy Award for Best Rock Album. In 2010, a stage adaptation of ‘American Idiot’ debuted on Broadway to critical and commercial acclaim.

In the UK, Green Day have scored three #1 albums, including their most recent, 2016’s ‘Revolution Radio’, as well as a further five which have hit the Top 10. They’ve also been a regular fixture on the singles charts with classic hits such as ‘American Idiot’, ‘Boulevard of Broken Dreams’, ‘Wake Me Up When September Ends’, ‘Basket Case’ and ‘Time of Your Life (Good Riddance)’.

Barry says: It's been a good while since Green Day came out of the starting blocks like this (over 15 years in fact), but 'Father Of all..' proves that they still have all of the vim and focus on perfect punky production that has served them so well. 'Father Of all...' is definitely a return, proving they just keep bringing it right back!