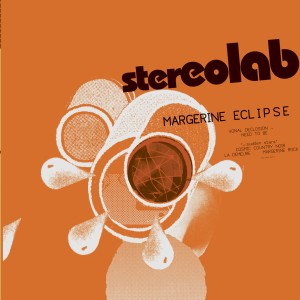 Stereolab's music is so consistent, and so consistently pretty, that it has become nearly criticism-proof; the band do what they do so completely that it's almost a matter of accepting or rejecting their music whole instead of analyzing it. But while Stereolab's mix of '50s and '60s lounge, vintage electronic music, and Krautrock may have crossed over into easy listening indie pop a few albums ago, they still can't be dismissed easily. Margerine Eclipse, the band's tenth full-length, can sound a bit like a collage of pieces from their nine other albums, but the overall effect is more retrospective than repetitive. It's arguably the most direct work Stereolab have done since Emperor Tomato Ketchup (and at just under 54 minutes, it's one of the shortest of their later albums) and it continues Sound-Dust's trend of gathering the sounds the band explored on their previous work and tweaking them slightly.

Remastered from original tapes with bonus disc of out-of-print tracks from the album sessions. Co-released by band’s own label Duophonic UHF Disks and Warp Records.