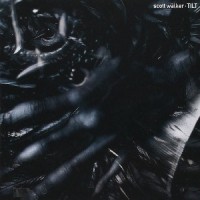 Scott Walker’s twelfth studio album from 1995 is now presented over 2LPs for an improved audio experience. Originally released in May of 1995 the album was Scott’s first album in 11 years and remarkably reached Number 27 in the UK Albums chart. No singles were released from ‘Tilt’. Scott explained his 11 year hiatus to journalist Richard Cook saying that he had become “the Orson Welles of the record industry……People take me to lunch, but nobody wants to finance the picture”. Tim Finn from Crowded House is a huge fan of ‘Tilt’: “I was very impressed with ‘Tilt’, good on car journeys through unfamiliar landscapes. It’s very brave, very bold, very unconcerned with trends: Scott’s out there on his own path, albeit a very twisted one”.