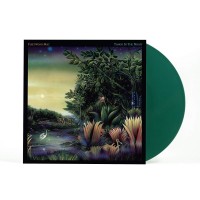 A new incarnation of Fleetwood Mac debuted in the summer of 1975 that included Mick Fleetwood, John McVie and Christine McVie, along with new members Stevie Nicks and Lindsey Buckingham

The new lineup released five back-to-back multi-platinum albums between 1975 and 1987, an astonishing feat that drove them to become one of the best-selling bands in the world.

Those classic albums will be reissued individually on limited edition coloured vinyl on November 29. The albums include Fleetwood Mac (1975) on white vinyl; Rumours (1977) on clear vinyl; Tusk (1979) on a silver vinyl 2-LP set; Mirage (1982) on violet vinyl; and Tango In The Night (1987) on green vinyl.

Green RiverDry As A Bone