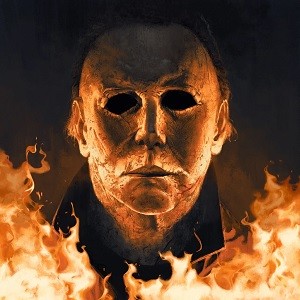 This soundtrack pays homage to the classic Halloween score that Carpenter composed and recorded in 1978, when he forever changed the course of horror cinema and synthesizer music with his low-budget masterpiece. Several new versions of the iconic main theme serve as the pulse of Green’s film, its familiar 5/4 refrain stabbing through the soundtrack like the Shape’s knife. The rest of the soundtrack is just as enthralling, incorporating everything from atmospheric synth whooshes to eerie piano-driven pieces to skittering electronic percussion. While the new score was made with a few more resources than Carpenter’s famously shoestring original, its musical spirit was preserved.

2018’s Halloween, directed by David Gordon Green, starring Jamie Lee Curtis, and with music by series creator John Carpenter (along with his son and godson, Cody Carpenter and Daniel Davies) was a critical and box-office smash. It grossed $159 million against a $10 million budget, becoming the most profitable Halloween movie since the 1978 original. The soundtrack album was a hit, too, debuting at #12 on the Billboard Albums chart and #2 on the vinyl chart, on its way to becoming one of the most successful movie soundtracks of the last decade. One year later, Sacred Bones Records is pleased to present an expanded edition of the soundtrack, including more than 28 additional minutes of music from the film and presenting a more complete, immersive listening experience.

The additional material included on the expanded edition adds at total of 24 cues to the album, spread across two more sides of vinyl on the deluxe double LP version. The LP also has all-new art and lavish packaging, including an optical-illusion lenticular sleeve that makes the flames around Michael Myers’s mask dance when you slide it off the record jacket. For diehard fans of the Halloween series, collectors of John Carpenter’s music, or anyone who wants to hear even more of the incredible score to this movie, this expanded edition is a must-buy.