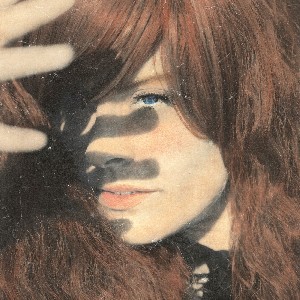 On her third album, Little Scream offers a reflection on class and poverty in America. Speed Queen began as bits of prose written while touring her last album across North America—observing the slow entropy of the US, ruminating on her own low-income upbringing in a flyover state, and, as she says, “taking it all in from the privileged position of being a new Canadian.” In “Privileged Child,” she reminds wealthy people who like to adopt the style of the poor and working class that “poverty’s a feeling money just can’t buy.” On “Dear Leader,” she reminds those opposing migration that “when the waters rise, it’s gonna be you, Miami,” warning them that when they’re needing help, “…you will ask your God, but he’ll be busy getting risen, and the rich will be too busy buying stock in private prisons— that’s where they’ll send you for talking about socialism.”

The biting commentary served with a sense of humour softens its presentation but doesn’t detract from its power. This is a theme throughout Speed Queen, where humour and warm heartedness prevail despite some of the darker subjects touched upon. Montreal-based Laurel Sprengelmeyer has been playing music under the moniker Little Scream since 2008. In 2011, she released The Golden Record, which Pitchfork dubbed “a stellar debut” and NPR called “an absolutely captivating record.” It was included in NPR’s Best Albums of 2011 list, and the New York Times evoked its “hints of the divine.” Her second album and Merge debut Cult Following featured guests including Sufjan Stevens, Mary Margaret O’Hara, and Sharon Van Etten. Little Scream is using the release of first single “Dear Leader” to raise awareness about the 1000 Cities initiative. “If 1000 cities adopt Paris climate accord standards, the world can still meet its global emissions targets,” Little Scream explains. “Most of us feel disenfranchised from international agreements. But all of us can get our heads around local involvement.” That kind of optimism in the face of harsh reality is a theme that has always run through Little Scream’s work, whether personal or political. Speed Queen is a powerful reflection of that hard-won hope.