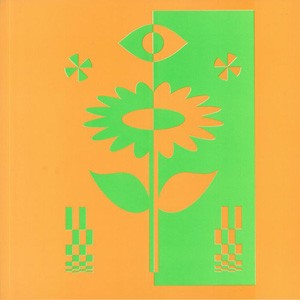 FSOM stands for 'Future sound of Melbourne' and were formed in Sydney (joke!) in 1990. Made of up Davide Carbone, Josh Abrahams & Steve Robbins they've built up a modest but highly collectable catalogue throughout the 90's with some twelves impossible to get hold of.

Andy Rantzen should be familiar to you all by now but just in case: 'Andy Rantzen is a Sydney, Australia based lo-fi electronic producer. Trained as a psychologist, Rantzen has been a lecturer at the University of Sydney. He is most well-known as part of the duo Itch-E and Scratch-E along with Paul Mac (Boo Boo & Mace is another alias for the same duo). He has produced remixes for Severed Heads, INXS and The Wiggles, and has done soundtrack work for the film Sample People.' (discogs).

"Track 6" is taken from FSOM's "Shivaratri" record, released on Two Thumbs in 1993. It's a dark n deadly analogue growler, not a million miles away from early Radioactive Man and Andrew Weatherall (but operating under solo aliases rather than Two Lone Swordsman - Ed) and still biting in today's climate.

Rantzen contributes "Harmonic Eye", from the CD-only release, "The Blue Hour". Much of Rantzen's (and indeed Australia's) dance music veered towards CD production in the late nineties and early noughties, making this a much needed vinyl pressing of this fabulously wobbly jack track.

Matt says: Two dark n dirty techno tracks from early and late 90s Australia that find these supremo producers at the top of their game.