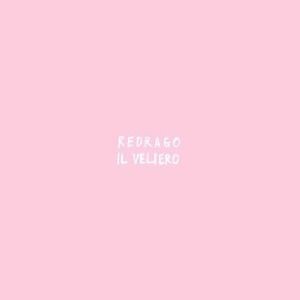 Life And Death’s next album project finds label boss DJ Tennis connecting with Israeli duo Red Axes to express themselves with total freedom and explore the similarities and differences between their respective sounds. Entitled Redrago and due for release as a 2 x 12” on October 11th, the adventurous and subversive full length is preceded by this two track single release. DJ Tennis was introduced to the Red Axes duo by The Pachanga Boys at a festival in Corsica. “Their faces, their expressions and their attitude—gentle, smart, loving and funny—impressed me at first sight“ remembers Tennis. That was many years ago, and since then they have deepened their personal and musical connections, but “always by chance” says Tennis. Around a year ago, they were having a discussions and decided they should attempt to combine their “love of psy and mediterranean influences” and scheduled a week of recording sessions together. After making at 9am and having a proper Israeli breakfast, the artists went to a studio on top of a decadent old shopping mall in the Centre of Tel Aviv. Each of them then set up in one corner of the studio with their own instrument (including Tennis’s Pearl Syncussion, a small modular setup, a Juno and bunch of guitar pedals, while Niv and Dori “used their usual weird cheap instruments including bass and guitars”) and they began playing, experimenting and jamming, recording everything they did then swapping stations and repeating the process. “It was a friendly and loving experience” say Red Axes, who add that they then took all the recordings into various editing sessions and finalised the adventurous, multi-genre exploration that is Redrago. “The aim was to find a kind of Italian-Israeli connection in our musical approach,“

Patrick says: Whacked out electro disco from DJ Tennis and Red Axes here, who combine roving hardware basslines with Indian konnakol scatting on the A-side, while the flip reminds me of Lindstrom & Prins Thomas' "Run".