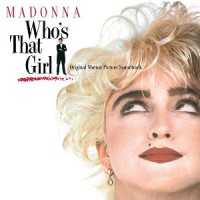 Who’s That Girl is the iconic soundtrack, from Madonna, to the original motion picture of the same name. Originally released in 1987, it was the first soundtrack album by Madonna and accomplished great commercial success selling six million copies worldwide. The title track reached the top of the Billboard Hot 100 in its first week and the album reached the number 7 spot shortly after, remaining there for 28 weeks. Noah Robischon from Entertainment Weekly stated that ‘Madonna had pushed synergy over the borderline’ with this release, while Madonna’s biographer, Taraborelli, stated that the soundtrack was ‘once again the reminder of Madonna’s power and status as one of the most important singers of the 80s’. The album is pressed on Crystal Clear vinyl so is not one to miss, both for Madonna fans and pop music genre fans alike.