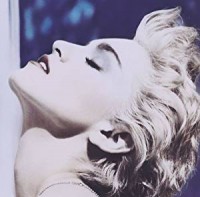 Originally released in 1986, the eclectic and influential True Blue is the third studio album by Madonna. Incorporating a wider array of musical styles and inspiration whilst directly addressing current social issues, this album shifted the public perspective of Madonna from pop-star to cultural icon. The album received widespread critical acclaim, with Slant Magazine declaring the album as ‘the supreme archetype for late 80’s and early 90’s music, as well as AllMusic describing it as ‘one of the great dance-pop albums’ showcasing Madonna’s ‘true skills as a songwriter, provocateur and entertainer’. The album includes the iconic tracks ‘Papa Don’t Preach’, ‘La Isla Bonita’ and ‘Live To Tell’, amongst others, making it a staple in any pop music fans collection. The album is pressed on Crystal Clear vinyl so is not one to miss, both for Madonna fans and pop music genre fans alike.