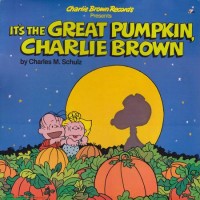 While Charles M. Schulz's Peanuts comic strip appeared daily in newspapers across the world, Vince Guaraldi's music helped bring the gang to wider audiences through his jazzy television and film soundtrack recordings. In the 1966 animated special It's The Great Pumpkin, Charlie Brown, The Peanuts gang celebrates Halloween, with Linus hoping that, finally, he will be visited by The Great Pumpkin, while Charlie Brown is invited to a Halloween party. As usual Guaraldi's integral score drives the proceedings and steals the show!