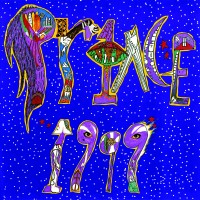 Considered one of the most iconic and influential double albums of all time, Prince’s "1999" was released at a major turning point in the artist’s career. After years of bossing the R&B charts, he experienced his first true crossover moment with the mega-hits “Little Red Corvette,” “1999,” and “Delirious,“ shattering barriers with his revolutionary blend of rock, funk, R&B and new wave pop, and making history by being one of the first black artists to have their videos in heavy rotation on MTV. Flawless from start to finish, perfectly produced, played and performed by a true musical genius, this falls into the ever home should have one category.