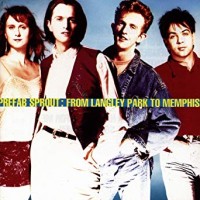 Off the back of the incredible recent album ‘I Trawl The Megahertz‘, Prefab Sprout have announced exciting release plans for remastered vinyl versions of three of the band’s classic albums along with their incredible greatest hits collection ‘A Life of Surprises: The Best Of’. From the remastering and artwork, to sourcing new images, the project has been fully orchestrated by both Paddy and Martin McAloon.

The releases include their third album ‘From Langley Park To Memphis’, containing their biggest hit “The King of Rock ‘n’ Roll” along with one of the best pop anthems of the 1980s – “Cars And Girls”. The album also features contributions from Stevie Wonder and Pete Townsend.