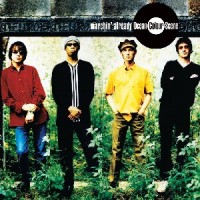 Following the huge success of Moseley Shoals, the band’s third album was number one in the UK when released in September 1997.
Further exploring the template of the previous album, Marchin’ Already is a glorious fusion of late-’60s blues-rock, mod pop, Northern soul and psychedelia. P. Arnold appears on Travellers Tune and It’s a Beautiful Thing.

Big Star
Debris Road
Besides Yourself

Spark And Cindy
Half A Dream Away
It's A Beautiful Thing