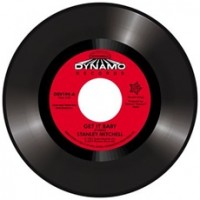 Stanley Mitchell was born in Detroit in 1935 and performed with a number of local bands in the mid to late fifties cutting wax for Chess and Gone records. But it is thanks to Richard “Popcorn” Wylie that his presence was ever felt on these shores when, in 1973, his atmospheric “Get It Baby” was championed in the early days of Wigan Casino by DJ Richard Searling. The song was originally relegated to the B-side of the altogether more catchy “Quit Twistin’ My Arm’, arguably the more popular side today. In the late seventies another track emerged from Detroit, “Down In The Dumps” by Tony Hester, which shared the same backing track as “Get It Baby” which further cemented the record in the annals of Northern Soul history.