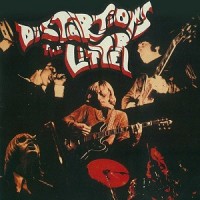 Minneapolis was their home turf. But in the decades that followed, appreciation for Distortions swelled to tidal wave proportions among fans of amped-up, ramped-up, balls-to-the-wall rock ‘n’ roll. Headlined by two red-hot, stone-cold killers, “Action Woman” and ”Soul Searchin’”’ both penned by producer Warren Kendrick, Distortions is arguably the greatest private-press garage band album of the era. The Litter formed in 1966 as a merger between two popular Twin Cities combos.