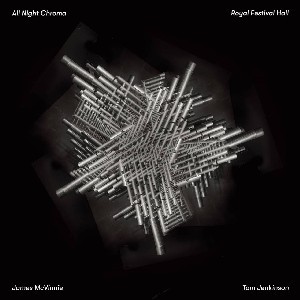 James McVinnie is known as one of the world's leading organists. His work as a performer encompasses music from the 16th century to the present day. He is a member of Icelandic record label Bedroom Community. He has collaborated with many leading figures in new music including Philip Glass, Angelique Kidjo, Nico Muhly, Martin Creed, Richard Reed Parry, Bryce Dessner, Darkstar, Hildur Guðnadóttir, David Lang, Sarah Davachi many of whom have written large scale works for him.

The compositions were commissioned by No-Nation with PRSF for Music and debuted as ‘The Secret Life of Organs’ in 2016 with a run of live dates in the UK supported by Arts Council England. The original pieces have since been revised to make up "All Night Chroma". Performed at the Harrison & Harrison organ of the Royal Festival Hall by James McVinnie. Composed and produced by Tom Jenkinson of Sqaurepusher.