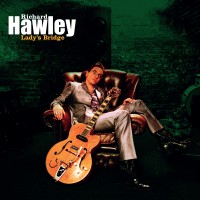 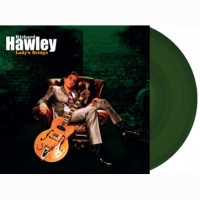 "Lady's Bridge" is filled with enough classics to last you a lifetime. Great music doesn't need hype, it makes its own friends. And "Lady's Bridge" will find plenty. As they did in "Coles Corner", ghosts haunt "Lady's Bridge" – the dying embers of past romances in "Valentine", the 16-piece string orchestral lush opener, there are the victims of the Great Sheffield Flood remembered in "Roll River Roll" and the glorious "The Sun Refused To Shine", the lonesome wanderlust of "The Sea Calls" and "Dark Road". There is tenderness (the lovely "Our Darkness" which finds our hero returning to the sanctuary of home) and grit too, the first single – "Tonight The Streets Are Ours" is quite possibly the most beautiful song about the brutality of the British government's anti-social behaviour policy you are ever likely to hear. The album's title "Lady's Bridge" is a Sheffield landmark and the oldest bridge to cross the river Don. 'I used to walk across it nearly every day, it was a gateway from the poor bit of town to the rich bit' - Richard Hawley. The album was recorded at Yellow Arch Studio in Neepsend, Sheffield in the dilapidated building that Hawley had helped out with the restoration of almost four years ago. Yellow Arch gives Hawley what he calls 'that Sun Studio red light factor' and the pressure of turning up with the bones of an idea and leaving with a masterpiece.

Richard HawleyStanding At The Sky's Edge