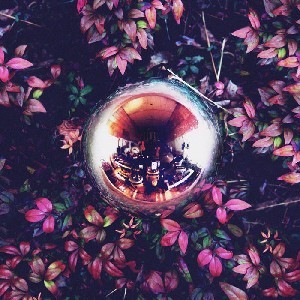 Rising from the ashes of an abandoned liquor store, the Broad Street Visitors Center recording studio in Atlanta was founded by Dan Bailey and Jared Pepper, who first began construction on it in 2014 and were among the first in a group of people looking to transform the South Downtown area. With the space completed, Bailey and Pepper began inviting musicians from the local experimental and jazz scenes to jam out together, creating the foundation of musical collective Visitors in the process. And while the band would often included the efforts of dozens of musicians, they eventually settled into a steady lineup of Bailey on bass and Pepper behind the drums, with percussionist Kenneth Kenito Murray, keyboard player Gage Gilmore, synth player Jeremi Johnson and flutist Rasheeda Ali filling out the roster.

Their music, generally improvised, takes the fractured rhythms of jazz and merges them with a psychedelic sound collage of wandering tones and splintered melodies. But it's not as undirected as you might expect -- all the cacophony may seem piecemeal at first glance, but it builds slowly over the course of their records to settle into a sort of segmented musical reality, a brash and cosmic collection of sounds that speaks to each member's expansive influences and experiences. And on their latest release, "Nature Documentary," the group further extends their rhythmic exploration into mile-wide chasms of spontaneous noise and blustery improvisation.

The collection opens with "Hell," a vast expanse of sound that feels inexhaustible in its energy, fitting disparate melodies over the bones of a handful of different genres. But like any complex art, the superficial impression is only the beginning of our understanding of what Visitors are looking to accomplish here. "Origami" sounds like Sun Ra jamming with Fela Kuti and "Bitches Brew"-era Miles Davis; it's a clattering mix of post-jazz reflection and swirling melody. Embedded within its length are moments of sublime revelation, an overwhelming emotionality that hits you on a primal level. There are a few meandering bits (the somewhat repetitive delivery and resolution of "Nature Documentary" comes to mind), but taken as whole, these songs hit your chest with the force of a small bomb.

But the high point of "Nature Documentary" has to be the 9-minute opus, "The Final Ballet," a juggernaut that utterly demolishes any expectations you might have had and reshapes your understanding of what is possible when a band's talent and ambition square off on an equal playing field. There are so many times when you think you have it figured out, and then it just shifts its tracks and leaves you gasping for air. What is all the more stunning is just how easy they make it sound. This is complex music that doesn't distance itself from its audience; rather, it welcomes the company, content to offer up its experimental jazz secrets for our perusal. There are times when you do want to take a moment to try to untangle its knotty and labyrinthine infrastructure, to find the connective tissue among its influences, but you'd best be quick about it -- by the time you regain your senses, the band is already set to move on to the next jaw-dropping movement.