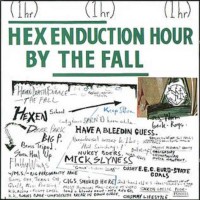 1982 was a decisive year for The Fall. Their critically acclaimed album “Hex Enduction Hour” was released in March on Kamera Records, closely followed by “Room To Live” in September of that year.

This triple LP includes the full classic album plus John Peel Sessions and live recordings in Manchester and New Zealand.

This release is a triple gatefold on green & white splatter vinyl – the 7” is black vinyl.

Founded by its only constant member, Mark E. Smith, The Fall formed in Manchester in 1976 and were one of the most prominent post-punk groups in the world. Musically, there may have been several stylistic changes over the years, but it was often characterised by an abrasive guitar-driven sound and frequent use of repetition, always underpinned by Smith's distinctive vocals and often cryptic lyrics.

SIDE ONE
1. THE CLASSICAL
2. JAWBONE AND THE AIR-RIFLE
3. HIP PRIEST