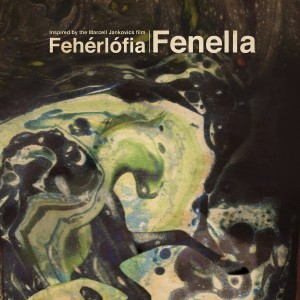 ‘Fenella’ is the latest project from Jane Weaver - musical polymath and one of the most respected electronic composers of recent times - and her long-term bandmates Peter Philipson and Raz Ullah.

Having already released three critically-acclaimed LP’s within the last five years Weaver’s creativity continues to expand ever further into the (modern) kosmos with this reimagined soundtrack to Marcell Jankovics’ cult animation Fehérlófia.

Released in 1981, Fehérlófia is a remarkable animation based in ancient folklore with a narrative culled from mythical tales of the Scythans, Huns and Avars.

A mixture of ambient textures, menacing drones and spine-tingling vocals combine to create a lavish soundscape saturated with hypnotic moods and cinematic atmosphere.

Barry says: F'in-ell-a, this is good. As you'd expect, a project from Raz, Jane and Peter being anything but wonderful would be a rare day indeed, but this woozy slab of arpy psychedelia is pushing the boundaries. Intricate but easily digested, this rich tapestry of fizzing oscillators and analogue saturation is a gift straight from the white mare's mouth. AT LEAST 250ug of pure joy.