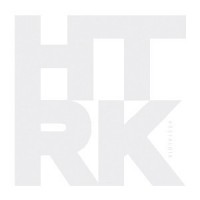 HTRK’s seminal debut gets a new cut to white vinyl with white sleeve and gloss cover. An abrasive record shrouded in sonorous pulses, deafening feedback and tension-soaked reverb that immerses you deep into their world. HTRK’s lo-fi post-punk, post-industrial noise-electronica echoes Suicide, Throbbing Gristle and Joy Division. "Nostalgia" took inspiration from the sound and imagery of David Lynch, The Birthday Party and electronic artist Pita. Rowland S Howard’s ‘Teenage Snuff Film’ was also cited as a big influence, HTRK notably caught the post-punk legend’s attention with their live gigs which saw him endorse the band and go on to co-produce their next release "Marry Me Tonight". A compelling introductory statement that delves into their guilty nostalgia for the nihilistic energies rampant in the 80s underground. 'An agitated haze of addictive ambivalence instead of the swagger and violence of their influences, the overall feeling is of beautiful disharmony'.

The Twilight SadKilled My Parents And Hit The Road

Aidan Moffat And RM HubbertWhat The Night Bestows US