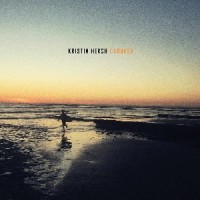 “Her significant solo output has been remarkable” Drowned In Sound. Following a special vinyl release for this year’s Record Store Day celebrating its tenth anniversary, ‘Crooked’ will be reissued on black vinyl and CD on 27th September.

‘A figurehead for feminist indie rock’ (Classic Rock), Kristin Hersh achieved a music and publishing first when her eighth solo album was initially released as a multi-media book in 2009. Hersh’s “poetic, provocative and puzzling songcraft” (The Washington Post) makes ‘Crooked’ a stunning record. The resplendent, melancholic ‘Flooding’ came to Hersh in the form of song but was also a premonition of the imminent death of close friend and musician Vic Chesnutt. Mainstay in her recent live shows, ‘Mississippi Kite’ is snarly and unsettling whilst the spectral psychedelic tones of ‘Rubidoux’ stem from a 50foot Wave car ride and a late-night recording session. The songs still lead the way hitting Hersh fully formed but it’s her beguiling raspy vocals paired with guitar, and any other instrument that she chose to play on this album, that has a beautiful intensity that’s jarring, unpredictable and inherent in her music. “She's still as powerful a presence as she ever was.” Pitchfork…