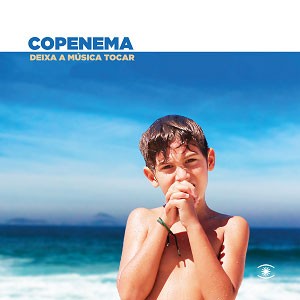 The album mixes European electronica influences with Brazilian songwriting style. The sound becomes unique and some would say Balearic.The albums leading single "Te Faz Bem", a funky downtempo track with live saxophone, flute and rhythm guitars and a bassline to die for has become somewhat a national Ibiza Balearic anthem over the past years and spread worldwide especially due to the massive support from DJs incl from Harvey to DJ Pippi to Pete Tong.

"Serei Seu" the second single is another Ibiza fave is a funky party track that sounds like a modern Jorge Ben. The single “So Vejo Voce” is Stan Getz meets the beach vibes, “Festa De Relaxamento” an Alfredo fave is jazzy Brazilian funk vibes with heavy live drums and a bass line that wants you to move.

"Lullaby For Impanema" is sunset material. The band's first recording the 12 min beautiful jazzy cosmic downtempo Pat Metheny influenced and Leo Mas supported "Some Di Some Day" is pure bliss and a sunset fave amongst the Balearic community.

The album has three added bonus tracks - "Can’t Sleep" and "Nada Mais" both recorded in a Music For Dreams writers camp recently and the 12 minute journey of Serei Seu by Danilo Braca.