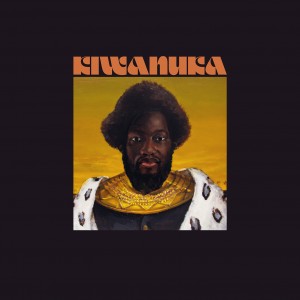 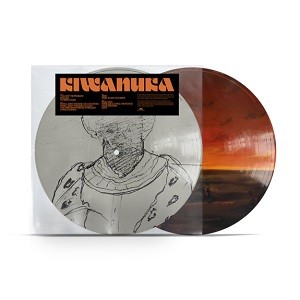 The self-titled record usually marks a definable phase of a musician’s career; an embrace of personal mythology, perhaps, or merely a shift to ‘take me as I am’ straightforwardness. But “Kiwanuka”, the single eponymous word that heralds Michael Kiwanuka’s third album, holds a resonant, complex significance. It signals, for one thing, a swift, pointed rejection of the stage personas that artists have historically donned as both a freeing creative mask and a protective shield. It is an act of cultural affirmation and self-acceptance: a young British-African, contemplating the continued struggle for racial equality, and proudly celebrating the Ugandan name his old teachers in Muswell Hill would struggle to pronounce. It is a nod to a suite of arresting, ambitious soul songs that – while they deftly recall the funkified epics of artists as varied as Gil Scot-Heron, Fela Kuti, Bobby Womack and Kendrick Lamar – cement the singular, supremely confident sound that made 2016’s Love & Hate such an undeniable step up.

Now, following ‘Money’ – the lauded summer single collaboration with Tom Misch – and a sunset Park Stage set that was the talk of Glastonbury 2019, the long-awaited follow-up to that record can be announced. And “Kiwanuka”, like its creator, contains multitudes; it offers both the triumphal, grin-widening empowerment of opener ‘You Ain’t the Problem’ and the ruminative, candlelit intimacy of ‘Solid Ground’. It looks inward and out, across widescreen sonic landscapes constructed in recording studios in London, Los Angeles and New York, and provides a sumptuous showcase for the honey-poured mahogany of Kiwanuka’s voice. It skilfully crosses the streams of the personal and the political. No other name would really have done.

“I remember when I first signed a record deal, people would ask me, ‘So what are you going to be called?’” laughs the man himself, considering the thought process that inspired the title. “And I never thought of that; calling myself Johnny Thunders or whatever, like singers from the past. But I have thought previously, would I sell more records if my name had an easier ring to it? So [on this album] it’s kind of a defiant thing; finally I’m engaging with who I am and I’m not going to have an alter ego, or become Sasha Fierce or Ziggy Stardust, even though everyone's telling me I need to be this, that or the other. I can just be Michael Kiwanuka.”

In many ways this self-possession is a direct consequence of Love & Hate. That record added an unexpected Mayfieldian groove and scope to to the scuffed, ‘70s-infused mellowness of Home Again, Kiwanuka’s Mercury-nominated 2012 debut. Album number two, of course, got its own place on the Mercury shortlist (not to mention a No 1 chart position, a Brit Award-nomination and the wide cultural blast radius afforded by songs that featured on shows like The Get Down, When They See Us and, most notably, HBO’s Emmy-winning Big Little Lies).

“Kiwanuka” marks a reunion of the team that conjured