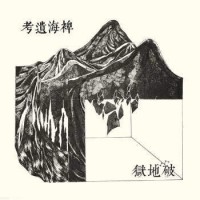 Formed in Taipei, Taiwan in 2013 and comprised of members Lu Li-Yang and Lu Jiachi, Scattered Purgatory is a name derived from a Taoist ritual which expiates the souls of the innocent from a state in between life and death and then at last, release.

They owe as much to krautrock influences Popol Vuh and Cluster as to SPK, Taj Mahal Travellers and Sunn O))).

Taipei, the basin city of dense population and humidity, has immeasurably inspired their music. If an analogy were used to describe the duo’s sound it would be the equivalent of the massive use of long shots in Taiwan’s 1980s wave of new cinema. Scattered Purgatory employs a similar approach with an oriental narration, geographically and spiritually.

“Lost Ethnography of the Miscanthus Ocean” contains six of their earlier works from 2013 to early 2014.

The original release was on cassette from Guruguru Brain which was sold out in less than a month. There is a new added track on Side D2. 'Miscanthus Ocean' only for the LP version.

The album is dedicated to Grass Mountain and the incredibly hot, humid summertime in Taipei. This is also the echo of their instrumental trio period before they move on to digital composing.

“Forged from the same clouded waters that sprang Popul Vuh, Ash Ra Temple and Cluster. The album works with atmosphere as its medium, building tension through a massive cavern of sound that feels as if its sprung up slowly on all sides. The listener is trapped in glacial ice and moved with an inching dread towards fates unknown “ Raven Sings The Blues review of Sua-Hiam-Zun.