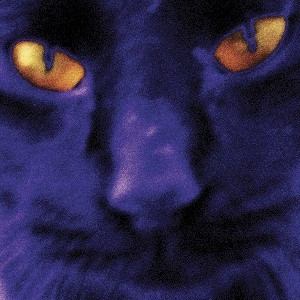 "It's moody - as in low, subdued," says David Kilgour of his new album, Bobbie's a girl. David Kilgour’s 11th solo album, Bobbie’s a girl is a quieter affair than fans may associate with the pioneer of New Zealand indie rock. “I tended to shy away from too much guitar playing for a point of difference and to mix things up for myself a little,” Kilgour continues. The style set in at the beginning of sessions, as he and the Heavy Eights (i.e., longtime collaborators Thomas Bell, Tony de Raad, and Taane Tokona) headed to Port Chalmers Recording Services with producer Tex Houston. “We have worked on these songs for a number of years now, so that’s different because I usually can’t wait to get them out,” Kilgour says. Why the delay? Like with the themes of the album, Kilgour doesn’t want to elaborate too much.

“Everything’s related to the music and mood,” he says, “but I’d rather not say how. I like a little mystery.” Largely missing the jangly distortion of Kilgour’s other work, the album’s ten songs exude a hazy warmth, with a light psychedelia that recalls the ’60s outfits like The Byrds and The Velvet Underground. Opener “Entrance” floats wordlessly on acoustic guitar, whose ringing chords slightly mask the deft fingerpicking beneath it. “Smoke you right out of here” picks up the pace, but “Crawler” rolls in like a storm, its organ and fingerpicked guitars creating an ominous sound until a chorus of “aaaahs” lightens the mood. Only four songs have lyrics. “I kind of wanted a rest from verbalizing everything, like listening to yourself going, ‘Blah blah blah blah…,” Kilgour says. The guitar quietly shimmering between channels, the music seems to speak more than the words. “Ngapara,” the closing track of Bobbie’s a girl, is his favorite song on the album. It’s a loping instrumental carried by thickly distorted guitars and heavy reverb. Like the rest of Bobbie’s a girl, it feels both a part of Kilgour’s previous work, and just outside of it