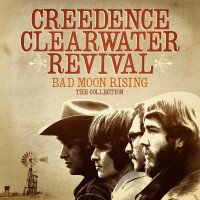 During an all too short four-year run that spanned 1968 to 1972, Creedence Clearwater Revival crafted some of the most popular, influential and enduring music that the world has ever known. Californian-based John Fogerty, Tom Fogerty, Doug Clifford and Stu Cook fused the raw, organic honesty of country music with the fire and urgency of rock ‘n’ roll to create a catalogue that even five decades later still sounds fresh and vibrant. This collection brings together some of Creedence’s biggest and best recordings and also features two live tracks to showcase what a formidable live act the group were.

Various ArtistsJazz – Timeless Classics From The Queens Of Jazz