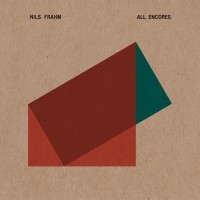 The three EPs will be available as one full length release titled All Encores featuring 80 minutes of music to follow his masterful 2018 album All Melody.