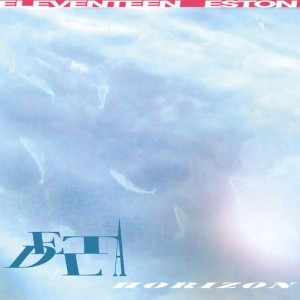 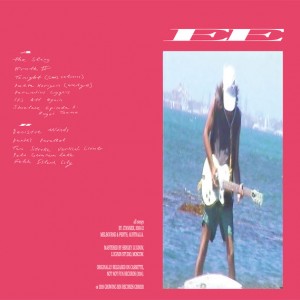 Though the biro-wielding cassette ninjas of the world may disagree, some things are too good to stay on tape forever, and Basso is delighted to bring you the first ever vinyl version of Eleventeen Eston‘s 'Delta Horizon‘.
Originally released on a Not Not Fun cassette in 2014, EE‘s evocative debut made it into the tape decks of the hundred coolest people on the planet, where it has remained ever since, stretched and slackened by constant play.
Now remastered for vinyl by Sergey Luginin, 'Delta Horizon‘ is ready to take over your turntable, its humid funk and sunkissed guitars the perfect conditions for a living room mirage. Across thirteen tracks, Eston tops crackling drum machines with optimistic keys, nimble jazz bass and chiming guitars, recalling an unremembered 80s of pastel shades, coastal romance and lemon juice highlights.
Blurry references to infomercial pop and arcade boogie flirt with vaporwave‘s nostalgic aesthetic, but Eston‘s sound is more heartfelt, even when it wobbles under the heatstroke. If Todd Rundgren suffered an LA ego death in 1974 and woke up on the Perth shoreline in the mid 80s, he‘d have tried to make music like this, but he wouldn‘t have come anywhere close to 'Delta Horizons‘.

Barry says: VHS saturated chiming guitars and snappy bitcrushed drum machines smash out the perfect intro music to a terrible 80's teen drama. Running down the beach, laughing and bmx'ing down the pier. All that stuff, and all while listening to this perfectly janky, hazy dream fest. Unmissable.

A1. The Sling
A2. Broth II
A3. Tonight (Sans Columns)
A4. Delta Horizon (Wedge)
A5. Panulirus Cygnus
A6. It's All Again
A7. Shoelace Episode 1: Hugo's Theme
B1. Decisive Winds
B2. Dante's Parallell
B3. Interzone Broth
B4. Two Stroke Vertical Climb
B5. Pale Geranium Lake
B6. Fetch Island City