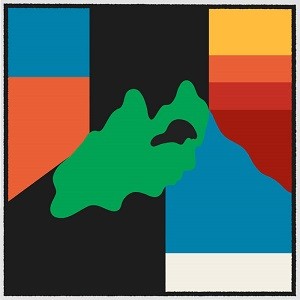 Esa Williams is not only a musical polymath but also passionate about connecting people through music - be it as a skilled DJ, an educator in production, a band leader reigniting the legendary Ata Kak band from Ghana, or a collaborator with the likes of Mim Suleiman or Auntie Flo. A firm favourite on the DJ circuit, he held a monthly residency at Phonox London for over 6 months - bringing guests such as Nu Guinea to Brixton audiences - as well as delivering memorable sets at Dekmantel, Atlas Festival, Boiler Room and more.

The last few years have seen a recent surge in interest in South African music from the 80s and 90s, including bubblegum, which was recently showcased on Soundway’s critically acclaimed 2018 compilation Gumba Fire: Bubblegum Soul & Synth Boogie in 1980s South Africa, put together by DJ Okapi. It was only natural that the label looked to delve deeper into the country’s rich musical legacy and tap another of its esteemed ambassadors for the role of compiler.

The result is a rainbow of complementary electronic styles hailing from not only South Africa but further afield, including zouk from Brazil and the French Antilles, as well as Afro-futurism. Together, they form a comprehensive picture that connects the dots of Esa’s musical journey - from growing up in South Africa, to artists he has encountered in his worldwide travels who have helped develop his identity as a musician.

One such artist is South African icon Penny Penny, whose kwaito house anthem “Shilungu” has been made available for the first time on vinyl since its original 2001 release - both on Amandla, as well as on the compilation’s 12” teaser released by Soundway in May 2019. Penny Penny’s first album “Shaka Bundu”, while a hit in South Africa on its initial cassette release in 1994, it was reissued by Awesome Tapes From Africa in 2013, propelling him and the sound of Tsongah disco into the global spotlight.

Patrick says: Big up yourself Esa! Not only is this man a thoroughly nice chap, talented producer and globetrotting collaborator, he also has ALL THE TUNES. If you're after the finest diasporic dance floor bangers old and new, this is the comp for you. Special mention goes to the essential instrumental version of Alaska's "Accuse", Matt Ward's favourite Kwaito banger 2014...