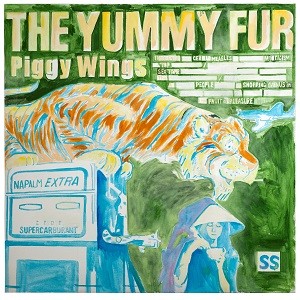 Beloved Scottish band, The Yummy Fur, are releasing a 14-track ‘best of’ album, Piggy Wings, on Glasgow's Rock Action Records. Singer / guitarist, John McKeown, fronted the band from their 1992 inception (scores of cartoon melodies under a minute long delivered at high velocity) until their demise in 1999. Along the way they recorded three albums: Night Club (1996), Male Shadow at Three O'Clock (1998) and Sexy World (1999). Firm favourites of John Peel, they recorded two sessions for the much revered DJ and regularly featured on his show.