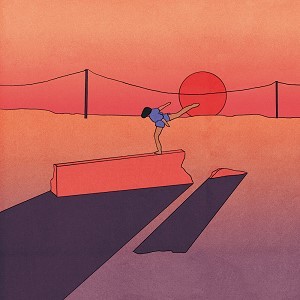 Melina Duterte, aka Jay Som, wrote most of her brilliant new album, Anak Ko—pronounced Ah-nuh Koh and meaning “my child” in Filipino—in a burst during a self-imposed week-long solo retreat to Joshua Tree. As in the past, Duterte recorded at home and remained the sole producer, engineer, and mixer. Honing in on simplicity and groove, refining her skills as a producer, Duterte cracked her sound open subtly, highlighting its best parts: She’s bloomed.

Inspired by the lush, poppy sounds of 80s bands such as Prefab Sprout, the Cure, and Cocteau Twins—as well as the ecstatic guitarwork of contemporary Vancouver band Weed—Anak Ko sounds dazzlingly tactile, and firmly present. The result is a refreshingly precise sound.