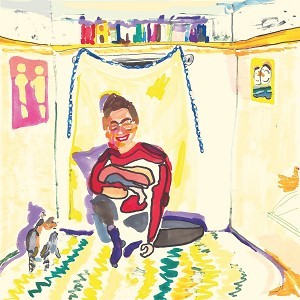 Mainly recorded and produced at Brooklyn’s Figure 8 Studios, with Ty Ueda later assisting on final tracking at his Mount Misery studio, Lina Tullgren’s Free Cell is masterfully confident. Some rock elements like nonlinear song structures and syncopated rhythms bleed over from the debut album Won era on tracks like “110717,” but the album offers a wider musical palette than its predecessor, with lush arrangements utilizing strings, brass and sculpted synths throughout.

“Golden Babyland” abounds in tension and claustrophobia, finding Tullgren alone and “in the kitchen melting Legos,” while the elegant and introspective ballad “Bad at Parties” scores a moment of quiet social paralysis. The strings (arranged by Simon Hanes) that carry through Free Cell echo back to Tullgren’s education as a classical violinist, and Lina moves deftly between these various soundscapes, resulting in their most dynamic music to date.

Throughout Free Cell , Tullgren looks back on their memories from the position of an analyst, often cool and cynical but always with an undercurrent of humor and deep feeling. In their poetry Lina Tullgren writes anthems for the alienated, for those alone on busses, at parties, at their parents’ house, for those who cannot help but feel lonely even if they are surrounded by others. Free Cell invites us to sit and listen, to reflect, but with no guarantee of any of those things being easy.