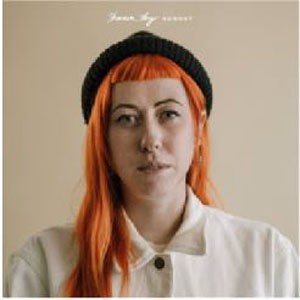 There is an entire sub-genre of poetry devoted to rivers and their persistent, meditative flow. Emily Dickinson’s ‘My River Runs to Thee’ compares them to the cycle of life, while Alfred Tennyson’s ‘The Brook’ deems them eternal and Kathleen Raine’s ‘The River’ muses on the dream-state they evoke. For transcendent folk pop artist Shannon Lay, the river is all of the above: It’s the metaphor driving her latest album, the exquisitely uplifting ‘August’, which doubles as an aural baptism renewing her purpose for making music. “I always picture music as this river. Everyone’s throwing things into this river, it’s a place you can go to and feed off of that energy,” she says, “and feel nourished by the fact that so many people are feeling what you’re feeling. It’s this beautiful exchange.”

The album’s name, ‘August’, refers to the month in 2017 when Lay quit her day job and fully gave herself over to music. This was her liberation as an artist and the album is devoted to paying that forward to her listeners. Lay may be the most chilled-out artist you’ll ever meet. Despite fronting her tranquil solo act and being a guitarist/singer in the indie rock band Feels, she never pressures herself to overachieve. Nonetheless, she regularly does: in a glowing review, Pitchfork anointed her last album, ‘Living Water’, “captivating.”

‘August’ was mostly written in three months, during Lay’s first solo tour for ‘Living Water’. “For the most part, all of the songs were just guitar and voice,” she says. In keeping with the humbled, contemplative nature of ‘August’, most tracks clock-in at three minutes or less. She saved indulgence for the production. “Some songs as they were had this room to grow,” says Lay, who recorded the album with her longtime friend, musician Ty Segall at his home studio on the East Side. “I believe whoever you record with tends to affect the mood of music and Ty really brought this jovial sense that I hadn’t really explored yet,” she says. Also in the mix is Mikal Cronin, who played saxophone on the album’s opener, ‘Death Up Close’. “A lot of my friends who are really tough have admitted that they shed a tear when they hear my songs, and I think that really speaks to the visceral aspect of folk music,” Lay says. “It’s this ancient form of expressing yourself.”

Think of ‘August’ as a warm hug for your psyche. “I want to create as much music as I can,” she says, “and leave this spot by the river where people can go sit and enjoy.”