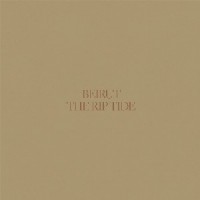 Zach Condon's music often parallels the exotic mysteries of world travel. Since Beirut's last album, 2007's 'The Flying Club Cup', sang a love-letter to France (with a 2009 stop-off in Mexico for the 'March of the Zapotec' EP), many asked where his songs would voyage next, but few predicted the inward journey Condon takes on 'The Rip Tide', an album with the most introspective and memorable songs of his young career.

Recorded in Upstate New York, Brooklyn and, of course, Condon's hometowns of Albuquerque and Santa Fe, 'The Rip Tide' marks a distinct leaping off point for Beirut. Beginning life as small melodies conceived on piano or ukulele, the songs were built upon by the entire band in the studio before Condon's paring down and retrofitting. The results sound like they were recorded in a single session, with exciting rhythms matching the upbeat horns and contrasting the mournful strings. No direct geographical affiliation was exhumed; rather, the style that emerges belongs uniquely and distinctly to Beirut-one that has been hinted at all along.

Lyrically, Condon's deep honesty outstrips the simplified nomadic troubadour image of his past. The tracks speak of love, friendship, isolation and community, touching on universal human themes that are less fabricated stories than impressions of life at a quarter-century of age. This dramatic shift expands Beirut's palate without weighing down the music. 'Santa Fe', a jumpy ode to the town of his youth, is the best pop song he has written yet. Of particular note is 'Goshen', a torch song that wraps itself in Condon's delicate piano phrases at a level of intimacy never heard before on a Beirut song.