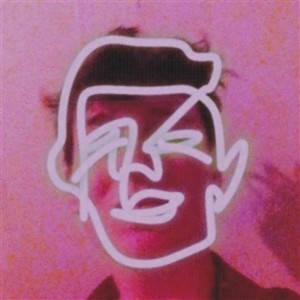 Record Label
Them There

Originally from Rotterdam now residing in Manchester, Bunny Hoova has found a comfortable home amidst the city’s burgeoning music scene. Three years in the making LONGING connects her movements from studying at the Conservatory of Amsterdam to her new found home in the Rainy City.

Anchored around a slurred, soulful vocal, the 13 tracks interweave treated samples and guitars with spare, low key drums; all glued together by Hoova’s imaginative production. Striking her own wavvy line between garage art-pop and ramshackle soul.

Tiny Mix Tapes - “LONGING jukes and jolts, consistently pulling the rug out and offering another fine moment of pop seduction.” Hard to disagree; these sickly sweet vignettes are bona fide songs, and ones of communicable realities and experiences at that, but they never succumb to formula or linearity.

AQNB - lusciously unstable jumble of rhythm guitar, beats and percussion that is perfectly lo-fi in its execution.

Emily says: LONGING offers a series of meditations on love, insecurity and technology, occurring within an ever-shifting, fragmented reality. Each track feels like peering through a keyhole into a different state of mind, with a current of detached melancholia running throughout. Bunny’s lyrics range from abstract, to confessional, to confrontational, depicting her struggles at a personal level and with the world at large. In its most tender moments it still feels discordant, with Bunny’s barbed guitar accompaniment and fractured production techniques. It is a perplexing first effort which is constantly at odds with itself – acidic yet soulful, splintered yet cohesive as a whole.