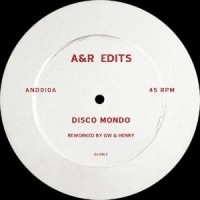 Courtesy of the influential Rinder & Lewis production team, ‘Mondo Disco’, originally issued in 1975, became a firm favourite with underground DJs and disco lovers, this playful yet purposeful rework boosts the track’s drive with an eye on the contemporary dancefloor.

Marshall Hain’s hazy/lazy ‘Dancing In The City’, a much-loved memento of the summer of 1978, was a huge UK hit, reaching #3 on the singles chart. Offering a perfect soundtrack to sun-kissed beaches and blissed-out festivals, this rework breaths a new lease of life into this sonic delight.