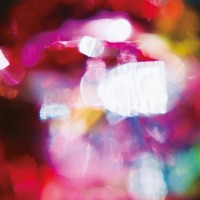 In the short time since Mule Musiq turned their attention towards the exquisite archival gems of their native Japan, the Studio Mule offshoot has explored modal, free and funky jazz (Mitsaki Katayama, Eiji Nakayama, Doctor Umezu Diva) and Balearic bossa (Atlas) through a string of high quality reissues. Here they dive headlong into the otherworldly electronics of Japan's new wave scene, specifically the crazed musical mind of BGM founder Takayuki Shirashi. Since its release in 1980 on Vanity Records, the one and only BGM LP "Back Ground Music" has become one of the most sought after gems from this fertile era of the Japanese underground, and Shirashi's later work as Arc, MLD and Planetoid is held in equal regard.

Archival rather than a reissue, "Missing Link" is a collection of unreleased recordings from the late 80s and sees Shirashi enjoying complete creative freedom, cooly switching between dark new wave grooves, motorik rhythms, screeching post punk guitars and blasts of wild experimental electronics. To try and explain the deep diversity we're dealing with, "Eardrum" reframes jazz tonalities in an electronic context, "Down The Stairs" is a classic synth funk groove a la Material and "Dark Sea" drifts through the cosmos with contemplative electronics - and that's only the first three tracks. If you're a fan of Japanese new wave, cosmic electronics or general weirdshit, you'll be all over this.

Patrick says: Ahead of their reissue of the majestic "Back Ground Music" LP, Studio Mule take an archival journey through founder member Takayuki Shiraishi's unreleased work from the late 80s. Pulling from krautrock, new wave, post punk and experimental electronics, the Japanese legend lays out 13 tracks of weird, whacked out and wonderful synth jams, each excellent in its own psychedelic way.