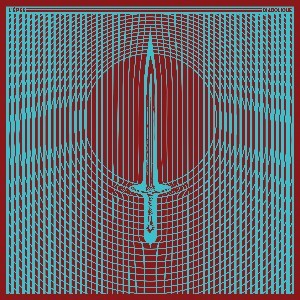 “We are living in very culturally insular times, so it feels really good to be swimming against the tide,” says Anton of the band’s bi-lingual, cross-continental approach.“There’s something really positive about branching out, collaborating and taking risks.”

Far from being defeated by a world seemingly regressing into turmoil, L’ Epee’s strength comes from a long history of challenging the status quo. From Anton’s legendary battles with ‘The Man’ with The Brian Jonestown Massacre to Emmanuelle’s eclectic screen career to The Liminana’s community-minded ethos- setting up their own record shop, L.G.D.C, and promoting gigs by the cream of the world’s garage rock scene ( New Bomb Turks, Oblivians, Fleshtones, Revelators) - they share a fierce intelligence and an outsider aesthetic which, over the decades, has been sharpened to a razor’s edge. Fitting, then, that their name translates as The Sword.
“It came to me in a dream,” explains Anton. “I woke up and there it was, ‘The Sword’. Someone told me there had already been a band with that name so I flipped it into French. It suits the band because we’re united in a common cause.”

This pent-up creative energy has been channelled into their extraordinary debut album, Diabolique. Named in tribute to Mario Bava’s 1968 cult classic ‘Danger: Diabolik’, it’s a musical masterclass where elements of garage, ye-ye, sleaze rock, cult soundtracks, sci-fi, spaghetti westerns and girl-group pop noir are combined with the cut-and-thrust zeal of a band bursting with ideas and energy. All delivered by Emmanuelle in a sultry Gallic drawl which will send a frisson of recognition through anyone familiar with her iconic roles in, among many others, Frantic, Venus In Fur and Bitter Moon (all directed by her husband, Roman Polanski). “I’ve loved rock music since I was a kid,” she says, namechecking Lou Reed, The Velvet Underground and The Stooges as key influences. “I always wanted to be a musician, but it wasn’t so easy in France as I couldn’t meet the right people. Then I became a model and then very quickly after that I did Frantic and became an actress. It worked for me, but in my heart I always wanted to do music.”

Having asked close friend Bertrand Belin to provide lyrics for three further tracks (‘Grande', ‘On Dansait Avec Elle’ and ‘Lou’), the trio set to work at The Limiñanas’ studio in Cabestany, Southern France, in November 2017 -with Emmanuelle, ever the perfectionist, fine-tuning them the following February. Satisfied with the results, the trio flew to Berlin to hook up with Anton and (Liverpudlian engineer) Andrea Wright at his Cobra Studio in Berlin Utilising a treasure trove of vintage equipment (“I’ve got way more ‘60’s gear than The Beatles and The Stones had, I’m mad for that stuff”, explains the BJM man), Anton set to work, re-recording the drums with Marie and adding -and deleting- tracks so that the shifting layers of sound suited the mood of each individual track. “I’ve got plenty of other ways to express myself, so I really enjoyed taking a backseat, creatively,” he explains. “Lionel is such a great composer. There’s a very visual sense to his songs and I was very conscious of not stepping on his intentions too much. There were some really interesting sonic things I would add, like a track of the craziest feedback, to give a song a weird ambient quality. It’s the role that Brian Jones had in the Stones, or Warren (Ellis) has in Nick Cave’s band. Musically, they’re all over the map, but they make things happen.” “It was so inspiring to see Anton work,” says Emmanuelle of seeing him in action. “When we sent the songs to him they were good, but they were nothing like how it ended up. He’s so talented, like a genius. He made the whole thing darker, more interesting and more psychedelic.”

Barry says: With some of the greatest and most unique voices in modern psychedelia coming together to record, the results were never going to be anything short of brilliant, and this heady lsyergic collection has exceeded that already. Hazy, all-encompassing and beautifully balanced, with drones and jams being brilliantly balanced with undeniable grooves and feel. A brilliant outing.