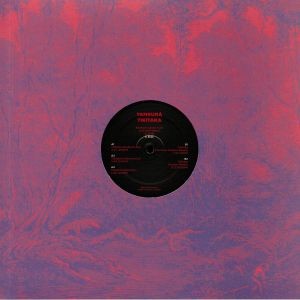 Munich. 1994. A group buck current trends with a ground-breaking release. Tikitaka by Tamburá left aside the techno of the time to focus on a the lesser known styles of afrobeat and tribal music. The result was three tracks that sail and soar on a primal energy, three works that whisk listeners away to exotic lands of wooden wind instruments, ritualistic vocals and, even, bag pipe majesty. For twenty five years this record has been an unattainable mystery, until now that is. Kalahari Oyster Cult have lovingly restored all three of the trailblazing original tracks alongside two very special remixes. Melbourne’s Tornado Wallace adds new layers of intensity as he cuts and reshapes melodies and beats to set any floor alight with this visionary remake. Dazion offers a very different interpretation. Focusing on vocals, this new talent accentuates the shamanic-like chants of Tikitaka, using them as a base from which throbbing synth lines grow as new depths are explored. An EP every bit as daring in 2019 as it was in 1994.