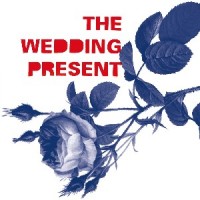 April, 1985. At the very moment when the first few notes of ‘Go Out And Get ’Em, Boy!’ twinkle out of BBC Radio 1’s John Peel show to herald the birth of The Wedding Present, David Gedge is listening intently at home along with the population of late teens that would become his ardent fans. In the beginning, The Wedding Present were resolutely not an album band. In fact, David had often been quoted as saying that they would never release an LP. Pleased to have recorded and released that debut single... they just started on the next one. This continued for a couple of years, while the band went from organising their own concerts in pubs around Leeds to playing at Glastonbury Festival. That all changed, of course, when George Best became The Wedding Present’s first album in 1988. But Tommy – released one year later – was made up of the early songs from the singles and radio sessions that had catapulted them from being bedsit musicians into indie darlings: ‘Go Out And Get ’Em, Boy!’ with its purposefully super fast guitars, ‘You Should Always Keep In Touch With Your Friends’ – an anthem for those long time Wedding Present fans, ‘My Favourite Dress’ – the only single in the collection that ended up on George Best – the classic, fraught tale of losing one’s first love that perfectly played on the heart strings and began David Gedge’s legacy of understanding everyone’s heartbreak.

Tommy 30 – a brand new re-recording of Tommy – did not come about simply as a ‘follow on’ to George Best 30. The band felt – during a Tommy 30th anniversary concert tour – that the songs had grown and evolved. Enter a more confident vocalist... an altogether growlier guitar. A bigger sound. The urgency of a 25 year old Gedge is replaced with a charming vocalist with years of experience. Everything’s warmer and, maybe, gentler... but in a satisfying way. It’s like your old friends have come home to see you. You’ve all changed, you’ve all had broken hearts... but you’re all still friends and you still enjoy each other’s company after all these years. "The boy Gedge has written some of the best love songs of the 'Rock 'n' Roll' era. You may dispute this but I'm right and you're wrong!" - John Peel

Barry says: There's no denying that the Wedding Present are one of the most respected and long-running bastions in indie music, and 'Tommy' was seen by many as their finest point. This 30 year reissue (30!?) is just as essential as the day it came out, and comes in a lovely indies-only blue vinyl version to brighten up the place too. Get on it.

1/Go Out And Get ’Em, Boy!
2/(The Moment Before) Everything’s Spoiled Again
3/Once More
4/At The Edge Of The Sea
5/Living And Learning
6/This Boy Can Wait
7/You Should Always Keep In Touch With Your Friends
8/Felicity
9/What Becomes Of The Broken Hearted?
10/Never Said
11/Every Mother’s Son
12/My Favourite Dress

The Wedding PresentGo Out And Get 'Em Boy!