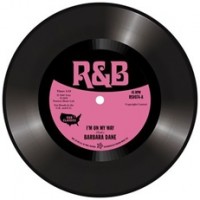 Barbara Dane was born and raised in Detroit in the late 1920s against a backdrop of deep depression and race riots, little wonder that she became a political activist. She used her folk/blues musicianship to spread her message in the coffee-houses of San Francisco where she relocated in 1949 and founded her own Blues Club… Sugar Hill. Betty O'Brian currently residing in Fort Worth, Texas, was managed by Clyde Otis who hit the big time with fellow Liberty artist TimiYuro. Unfortunately for Betty that was her only claim to fame until, finally, out of the blue, the big-voiced Country singer stole our hearts with this thumping slab of dancefloor R&B. It only took six decades to catch on!